Physics Past Papers in
Crash Course

With CAIEs just around the corner, practice 15 years of Physics PastPapers with our all new PastPapers Crash Course. It is specially designed to help you practice as many questions as possible from all topics so you could be exam ready. 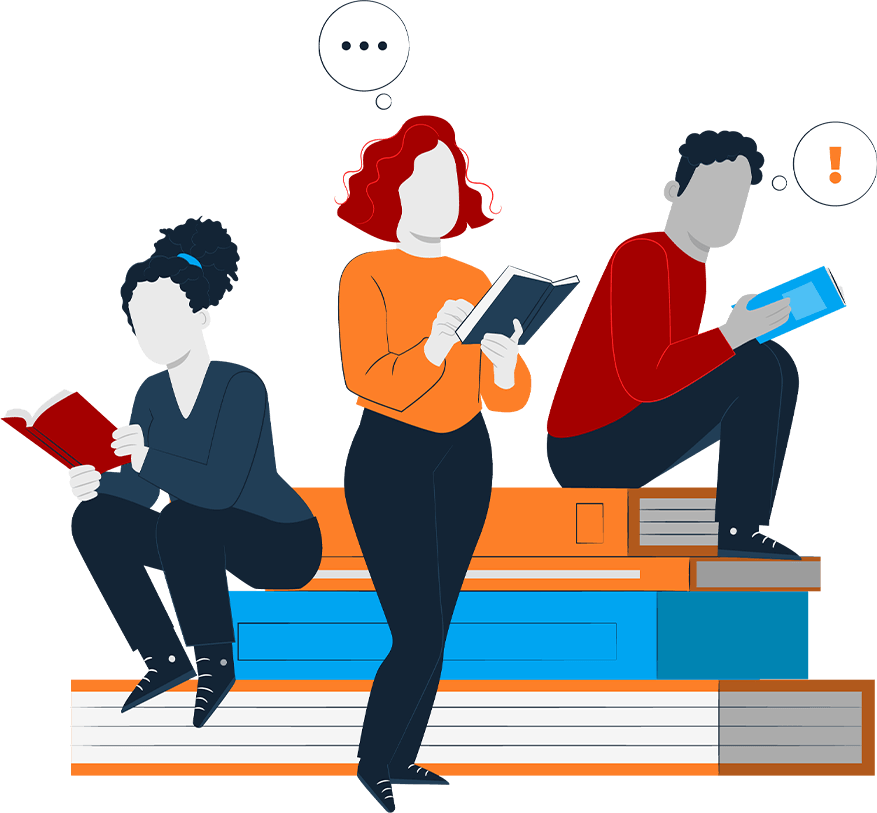 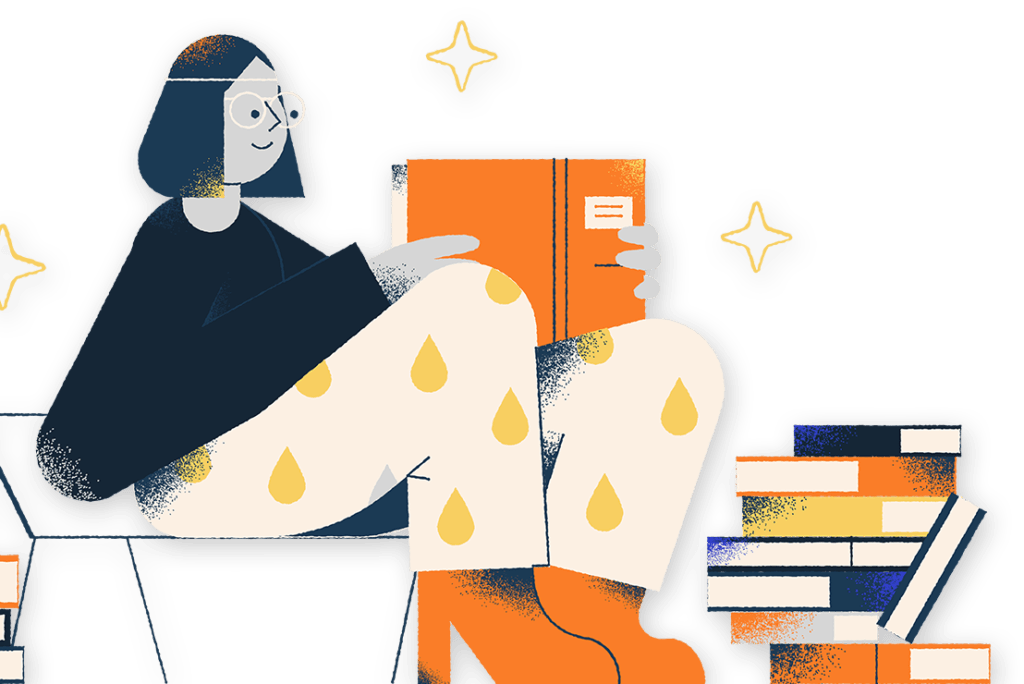 cover 100% of syllabus with

1 Month online crash course is deisgned to help you cover 100% of the CAIE physics syllabus in the shortest time possible with recorded lectures of all topics, you can now learn on your own pace and ace O / A level physics easily.

PWNA is proud to offer a carefully curated 3 month crash course for O & A level physics. If you’re behind on your physics preparation and want to cover the syllabus as fast as possible, this one is for you. Registrations now open. 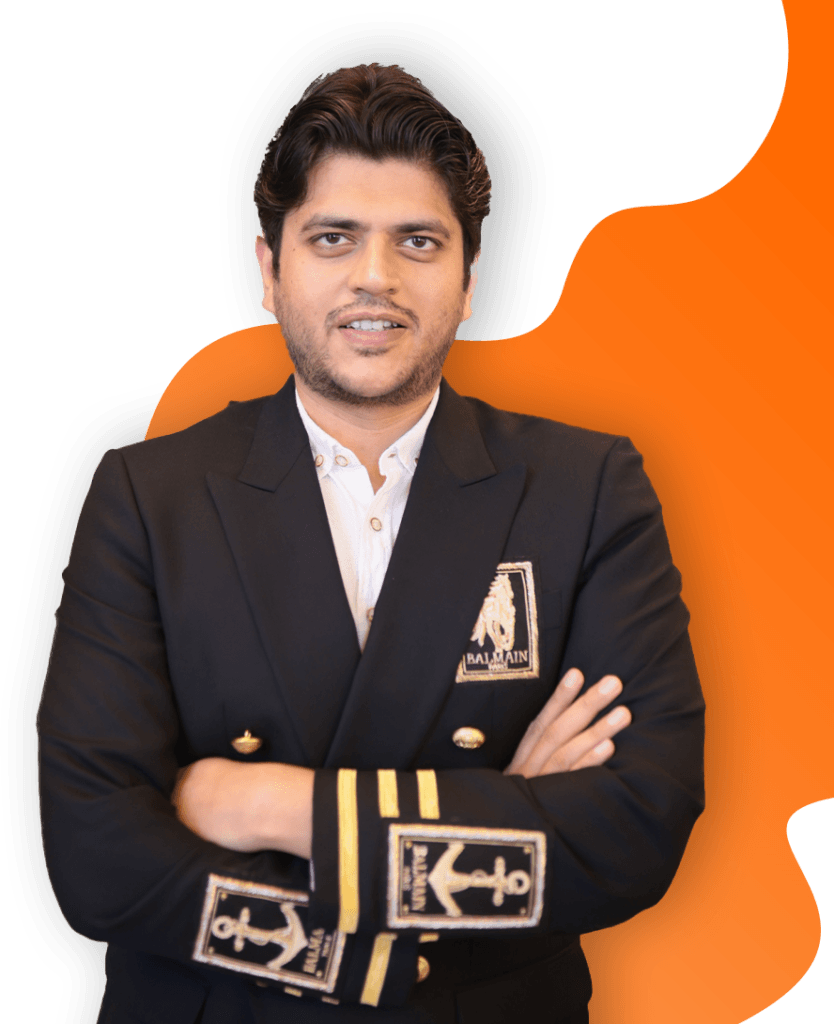 Start your preparation for the Physics CAIE M/J ’23 exams. We’ll be guiding you throughout the way with Quizzes, Notes, Exams and 1 on 1 guidance. 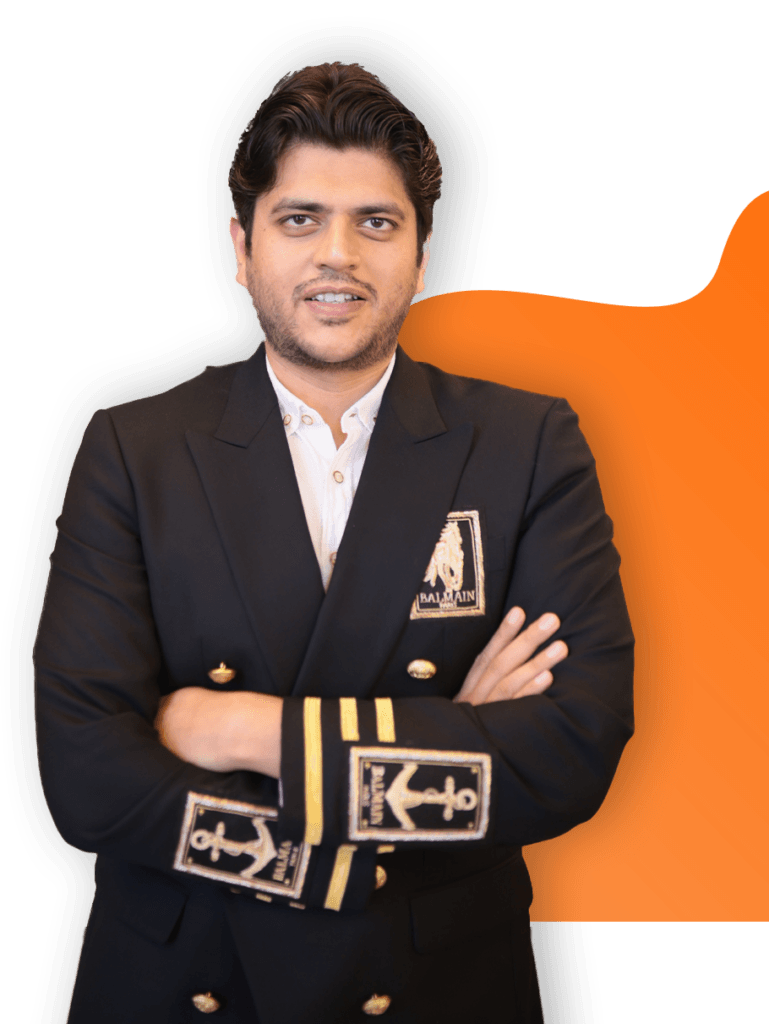 Get ready to amaze yourself, because physics really can be this easy. Why don’t you see it to believe it? Let me walk you through it 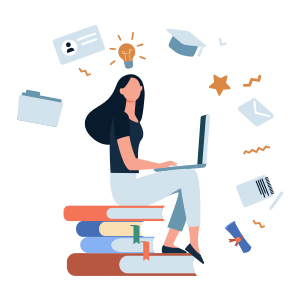 My students are my biggest priority. I personally oversee my students’ progress and help as much as needed to bring each and every one of them to their best self. 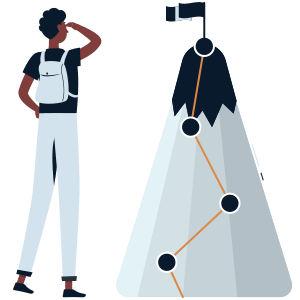 We actively link what we study in the classroom to the reality of the outside world, making my students more proactive and independent in all aspects of life and becoming their most capable self. 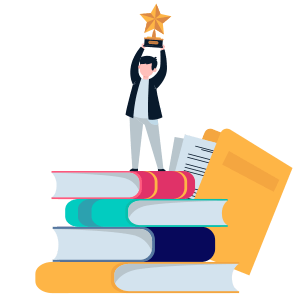 Over the course of 8 years of my teaching, my students have outperformed my expectations. I think my biggest achievement is the high conversion rate of a D to a B or an A.  Every students’ results matter and I go out of the way to ensure they achieve their best potential. 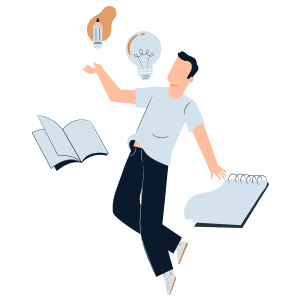 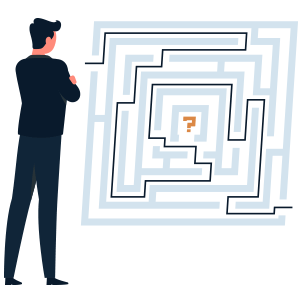 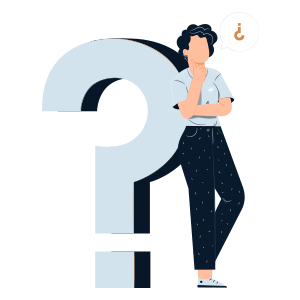 Every Question is Welcome

I appreciate all sorts of questions from my students, especially if they may be seen as inaccurate as it helps them grow as students and individuals. 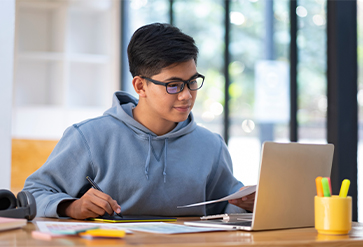 Ace IGCSE/Olevel with Sir Nausher in a 4 Month Online Course or Crash Course. 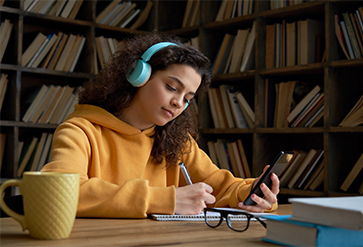 Ace AS Level with Sir Nausher in a 4 Month Online Course or Crash Course. 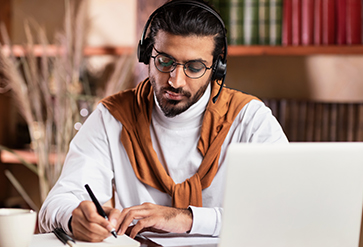 Ace A2-Level with Sir Nausher in a 4 Month Online Course or Crash Course.

WHAT YOU GET WHEN YOU REGISTER 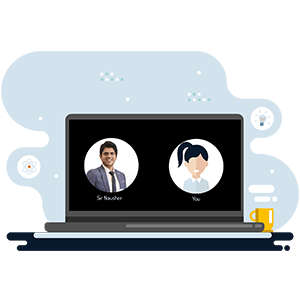 Students of PWNA can book 1 on 1 sessions with Sir Nausher to discuss their problems individually, sessions can be scheduled throughout the month through a well organized calendar. 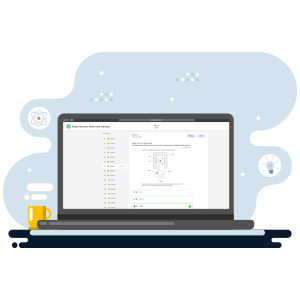 When you think you have understood the chapter greatly, you can take our quizzes to test your knowledge and prepare for exams! Don’t worry if you don’t do your best on them, you can always review the notes and videos, or ask me for help and attempt it again until you’re satisfied. 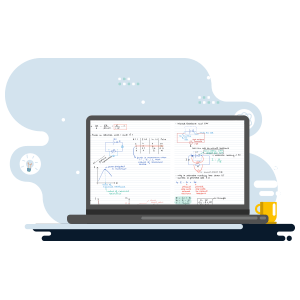 Making notes is crucial to the understanding of the chapters and the subject as a whole. I provide all my students with the best resources for them to compile the most comprehensive notes! 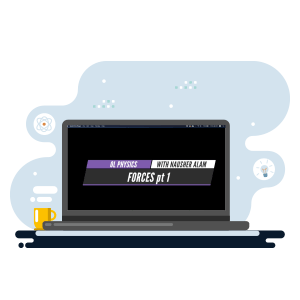 My students will also have access to my video lectures where I tackle concepts no matter how difficult or challenging they may be. I make sure to break it down and explain it in a way that (combined with the notes and other resources) everyone can master the concept easily! 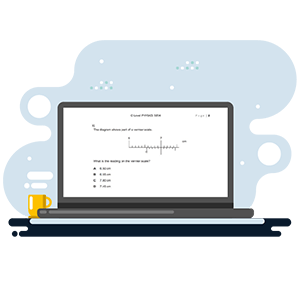 Students also have access to worksheets for each chapter. These will strengthen conceptual understanding and put analytical skills to the test in order to prepare students to the best of their abilities and aid them on this journey to master subjects – technically and theoretically. 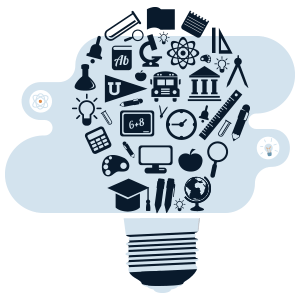 Students can access my pre-recorded video lectures, participate in group activities and can propose and conduct practical experiments under my guidance.

ALL OF WHICH MAKES "BORING" PHYSICS, NOT SO BORING AFTER ALL

“I owe my O-level and A-level grades to Sir Nausher alone. He has been the most extraordinary teacher throughout my learning experience. 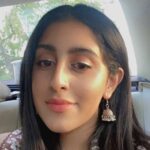 Online M/J 2022 Session
“Assalamu’alaikum guys. I joined sir nausher alam in O’3 (2019) and I’m really grateful that I did. It has been around 3 years and I think one thing that I owe him, apart from the subject content, is how he has shaped me to be the person I am.” 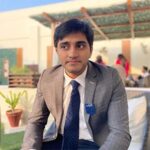 Online Class of MJ 2022
“To get an A* in O level Physics seemed surreal, but to get a distinction was something I did not even dare to imagine! Having often been called an exceptional student in school, I knew I had to keep up with my record (perhaps even break it in a good way) and perform well in my CIEs.” 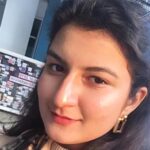 My mother used to tell me that I was a daydreamer. As a child, I would just stare at the wall and keep looking without much attention to what was going on around me. So she used to come and ask “Nausher, what are you doing?”. At the time, it felt that I wasn’t focused enough, but let me tell you something: today I feel that it has to be a mix of the two. You have to be a dreamer, which I naturally was, and a hard worker, my mother made sure of that, to become truly entrepreneurial.

The story begins in 2003 when there was a competition held by McDonalds to encourage young kids to take steps for social change. I was in grade 6 at that time, and that is when I got a blackboard and chalk, and then in my house lawn, I gathered two students from the local community and started teaching the basics of English and Maths. Their learning was inspiring and humbling because I got the sense that I could communicate my thoughts in an effective way.

In 2010, some of my friend’s siblings approached me to help them prepare for the College Entry Tests, I accepted the challenge, got a white board, used my dining table as a table for them, and then we went into some serious hard work. It was a serious uphill task as I taught Physics, Chemistry and Maths for the tests for 4-5 hours everyday non step but the results were 100%. The adrenaline was unmatched. Every student got into the university they wanted to get into. This started a barrage of requests from their friends of friends to teach O and A level Physics and that was the beginning of the journey.

Along the way, I joined some institutes in 2012 to teach at but for me, the biggest blessing was to find a great partner, Mohammad Ali Ameeruddin, who I lovingly call Bhai, and who became my mentor in helping me navigate through different steps of this teaching career. He and I met because we had a common student, my brother Omair who was in his A levels at the time. The little meeting with Bhai was contagious, we shared synergies and frequencies, and our relationship was forged in steel (touch wood). Since then, I have clocked slightly north of 35000 hours of teaching.

Fast forward 2017, I met two very dynamic individuals from Karachi, Bilal and Omair, who were successful in running their own school and we agreed to partner in bringing their energy to Lahore. But then life happened and we all got busy. However, we never lost touch. The dream wasn’t realized.

2 years later, in July 2019, I was in Karachi and met Bilal again just to catch up on life. That is when a normal conversation turned into a storm of ideas and we decided to pursue our dream to collaborate in online education. Hence, bringing TEACHING CIRCLE and Alt Academy to Lahore. We are now collaborating on projects which weren’t even on the farthest horizons of our imagination.

I firmly believe that hard work, sincerity, prayer and luck are a serious combination. Never give up on your dreams till you have absolutely tried your best! Once you have given it your best, that is all that will matter because if one thing doesn’t work out, something else will. 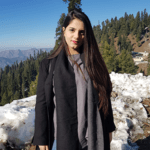 Come work with us!

Come work with us in a fun, collaborative environment.

Why Work with US?

We will help you become more equipped with educational technology which has become increasingly necessary to master and is known to boost academic performance. 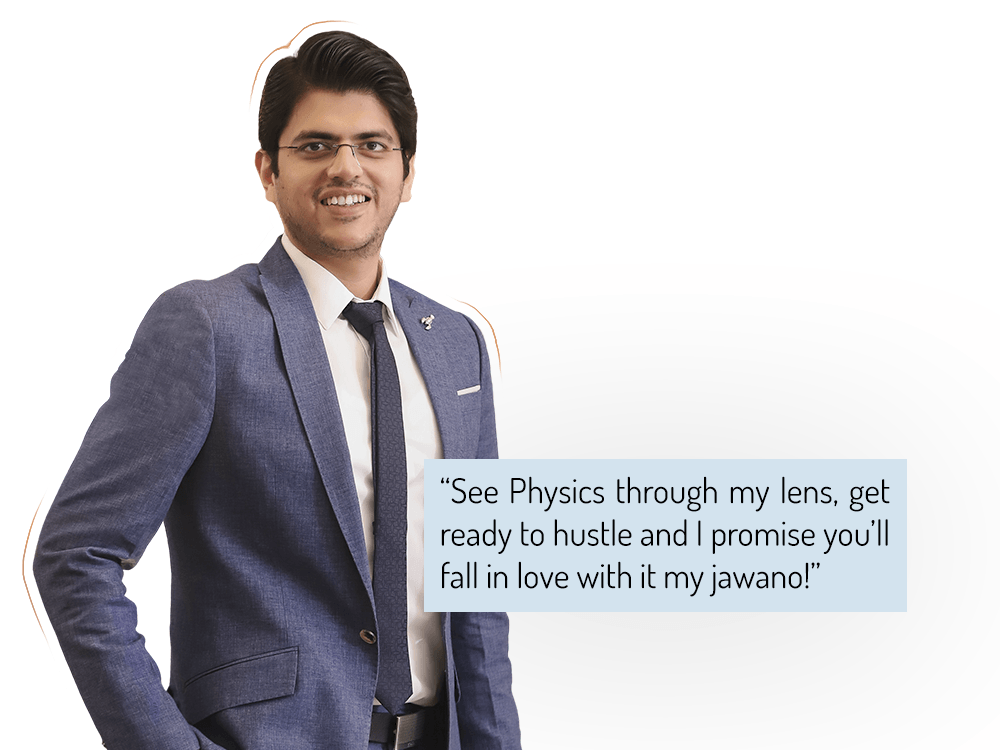